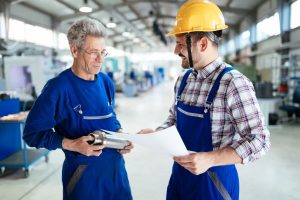 2019 Australian Federal Budget – ‘Back in Black’

On Tuesday, 2 April 2019, Treasurer Josh Frydenberg handed down the 2019-20 Federal Budget, his 1st Budget. A stronger economy and secure future were his promise, as he announced a $7.1 billion surplus, tax cuts and extra funding for infrastructure and services to regional Australia 2019/20 Budget.

With a Federal election looming in May, this is undoubtedly an election budget designed to capture the attention of the voting bloc. The Budget showers tax cuts on two key constituencies including personal tax cuts for low and middle-income earners; and business tax cuts for small and medium-sized businesses; includes incentives for business investment; and spending on infrastructure, health, and welfare.

At present, pollsters are tipping that the government will be unseated by the Australian Labor Party, in which case many budget announcements will not be implemented. However, Labor has said that it will support one-off cash payments and tax cuts for low and middle-income earners, but if elected, will deliver its own major economic statement in the second half of the year.

Overall it appears there are more winners than losers from this Budget, which includes tax cuts, incentives for business investment and spending on infrastructure, health, and welfare.

Here is our summary of the key points from the budget:

The Treasurer announced $158 billion in personal income tax cuts through more than doubling the low and middle-income tax offset from 2018/19 to:

He says the top 5 percent of taxpayers will pay one-third of all income tax collected.

Previously this offset only applied for businesses with a turnover of less than $10 million, so now applies for an additional 22,000 business. This offset applies on a per asset basis, so eligible businesses will be able to claim the deduction every time they make a purchase under the cap.

The government will defer the start date of the proposed amendments to Division 7A of the Tax Act, from 1 July 2019 to 1 July 2020. This is designed to allow for further consultation and to ensure appropriate transitional arrangements.

The EMDG, which reimburses small businesses for spending on eligible export activity including expenses such as research trips overseas, promotion and advertising etc., will be funded by an additional $60 million.

So for small businesses seeking to expand internationally, there may be additional funding available via this grant to assist.

The Skills Shortage payment introduced in this year’s budget will be doubled to $8,000 per apprenticeship placement.

There were also announcements to create new training hubs, give new apprentices a $2,000 incentive payment, and invest in science, technology and research.

The Urban Congestion Fund will be increased to A$4 billion from A $1 billion, to cut travel times in Australia’s rapidly-growing cities.

The Treasurer promised $2.2 billion for roads, $1 billion to improve freight routes and access to ports and $100 million for regional airports.

People approaching retirement will be able to boost their superannuation balances, with those aged 65 and 66 years able to make voluntary contributions without satisfying the work test, from July 1, 2020. Currently, people aged 65 and older must work a minimum 40 hours over a 30-day period.

The Treasurer said the measure will align the work test with the eligibility age for the Age Pension, due to rise to 67 years from July 1, 2023. About 55,000 people will benefit from the reform.

People aged 65 and 66 will also be able to access the “bring forward arrangements” to make three years’ worth of non-concessional contributions (capped at $100,000) to their super in a single year. This currently stops at 65 years.

The age limit for spouse contributions will be increased from 69 years to 74 years.

How can Greenwich & Co help you?

For any questions or to discuss any of the above in relation to your personal situation, please contact us today.