When Wealth is Not Enough: Australia’s Quest for Prosperity

When Wealth is Not Enough: Australia’s Quest for Prosperity 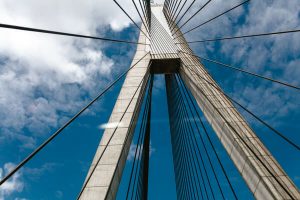 Australia has experienced a record period of uninterrupted growth in the economy, which has led to an increase in overall wealth. Research shows that Australians are wealthier now than ever before. But wealth is not the same as prosperity, and according to the 2017 Prosperity Index, Australia is sliding down the global prosperity rankings.

The Prosperity Index is prepared each year by the Legatum Institute and analyses 149 countries around the world based on nine key “pillars of prosperity”. These pillars include economic quality, business environment, governance, education, health, safety and security, personal freedom, social capital and the natural environment.

In 2017 Norway has scored number one on the index while New Zealand was number two. Finland, Switzerland, Sweden, the Netherlands, Denmark and Canada came next ahead of Australia and the UK. Australia continues to fall down the rankings, to ninth place in 2017, down from sixth place last year and the top spot in 2008.

A recent paper from Chartered Accountants Australia and New Zealand (CA ANZ) analyses Australia’s decline in global prosperity rankings over the past decade, and examines our current strengths to weaknesses and what this means to keep Australia’s standards rising into the next decade.

According to the CA ANZ’s paper “The Quest for Prosperity: Shaping Australia’s Future”, Australia is facing challenges in key areas including the economy, the natural environment and security.

While it says Australia maintains strong foundations for the future, the report identifies four significant challenges to keeping future prosperity growing for all Australians:

The report identifies areas where Australia has fallen behind other countries, particularly around the economy, trade and competition. In terms of the economy, Australia has declined because of trade barriers that have the potential to slow foreign direct investment, and anti-monopoly policy that can inhibit domestic policy.

Australia has declined in safety and security because we’ve remained static – while other countries have implemented initiatives that have lowered road death tolls and reduced crime. The drop in our environmental rankings is due to the excessive exploitation of natural resources over the last decade.

But it’s not all bad news. Australia placed strongly across a range of areas including first place for Social Capital, fifth for Education and seventh for Business Environment. Australia is a world leader when it comes to social capital – the strength of personal relationships, support networks and civic participation. We’ve also seen a sharp rise in the health ranking – because of investments in infrastructure and care services.

The report goes on to provide recommendations as to how government and business can work together to ensure prosperity for all.

Prosperity is not only a critical national focus, but it is also important for business. National prosperity is supported by the successful running of the public, private and not-for-profit sectors. All sectors within an economy need to make essential contributions and collaborate to the success of communities and to see Australia’s standards rise for all members of society.

Read the full Prosperity Index Report by the Legatum Institute.