What does a Coalition Government mean for you? 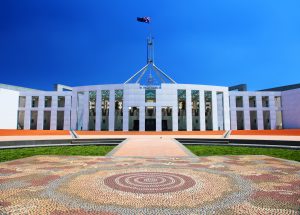 After his win at Australia’s Federal Election on Saturday, Prime Minister Scott Morrison is in the process of finalising his first cabinet for Australia’s 46th parliament.  With the prospect of a Labor government gone, the policy landscape for small businesses, families and retirees heading into tax time is shaping up and becoming clearer.

We can now expect the 2019 Federal Budget to pass in its entirety.

Here is our summary of the key policies and issues which may affect you.

Business owners worried about the effects of Labour’s industrial relations plans, including the prospect of a rise in the minimum wage and changes to penalty rates, will be spared higher costs.

The Coalition’s key election commitments for small businesses included the extension to the Instant Asset Write-Off (albeit still temporary), SME tax cuts and the $2 billion Business Securitisation Fund, all of which are now law.

The instant asset write-off has been extended and increased to $30,000 until June 2020, and access to it expanded to include medium-sized businesses with an annual turnover of up to $50 million.

Business tax rates have already been reduced. Small- and medium-sized business with turnover of less than $50 million now face a tax rate of 27.5%, which will be further reduced to 25% by 2021-22.

Issues such as government funding for export grants, the national labour hire registration scheme and the sham contracting unit within the Fair Work Ombudsman (FWO) are all now on the policy table.  Small businesses are eager for clarity and stability.  Hopefully, we will get some clarity in the coming months around the Coalition’s energy and skills policy. Businesses (like the rest of us) are keen to see power bills go down, so whether the Coalition’s new default market offer and plans to underwrite new supply deliver as intended will be closely watched by SMEs.

We can now expect immediate tax relief for low- and middle-income earners of up to $1,080 for singles or up to $2,160 for dual income families to help ease growing cost of living pressures.

Regarding housing, many will be pleased that there will be no changes to the current negative gearing framework or capital gains tax discount as was proposed by Labour.

The Coalition has introduced a new $500 million First Home Loan Deposit Scheme for first homebuyers, to help them get a foot in the door in the property market.  The Scheme will give 10,000 first home buyers the opportunity to buy a home with only a 5% deposit as opposed to the usual 20%.  The Coalition has also proposed Lender’s Mortgage Insurance be removed for these first home buyers.

Retirees, in particular, SMSFs, will be pleased that Labour’s proposed changes to franking credits will not come to pass.  The changes to superannuation which will affect retirees include:

If this article has raised questions regarding your personal situation, please contact one of our team of experts on +61 8 6555 9500.

This article contains information that is general in nature.  It is not intended to be advice and you should consider your personal situation and needs before making any decision based on this information.